A Fort McMurray, Alta., student is the first Canadian to win the $500,000 Cdn international Breakthrough Junior Challenge, a prize that includes a scholarship and new science lab for her school.

The competition asks students from around the world to create a video that explains a scientific principle to the public.

“I just had a lot of time over quarantine and I just decided to enter,” Tsegaye said. “In previous years, I always hesitated from entering because I was really intimidated by all the other competitors.”

About 5,600 students entered the competition.

The big prize came with a big reveal.

Typically, the student would be surprised at school with the prize announcement, but recent COVID-19 restrictions moved Tsegaye’s classes online.

So her principal, Scott Barr, got creative.

“We kind of made up a bit of a ruse for her and a few friends to get into school,” Barr said.

He asked Tsegaye to come in to help with an educational video. She and her friends were told to sit in a classroom and watch a video on the board.

“I did a lot of lying leading up to this,” he said. “But it was all for a good reason.”

Then a video of astronaut Scott Kelly and Sal Khan, founder of the Khan Academy — which is one of the partners in the prize — appeared on the screen.

“She still had no idea,” Barr said. “Even when they started talking about the contest.” 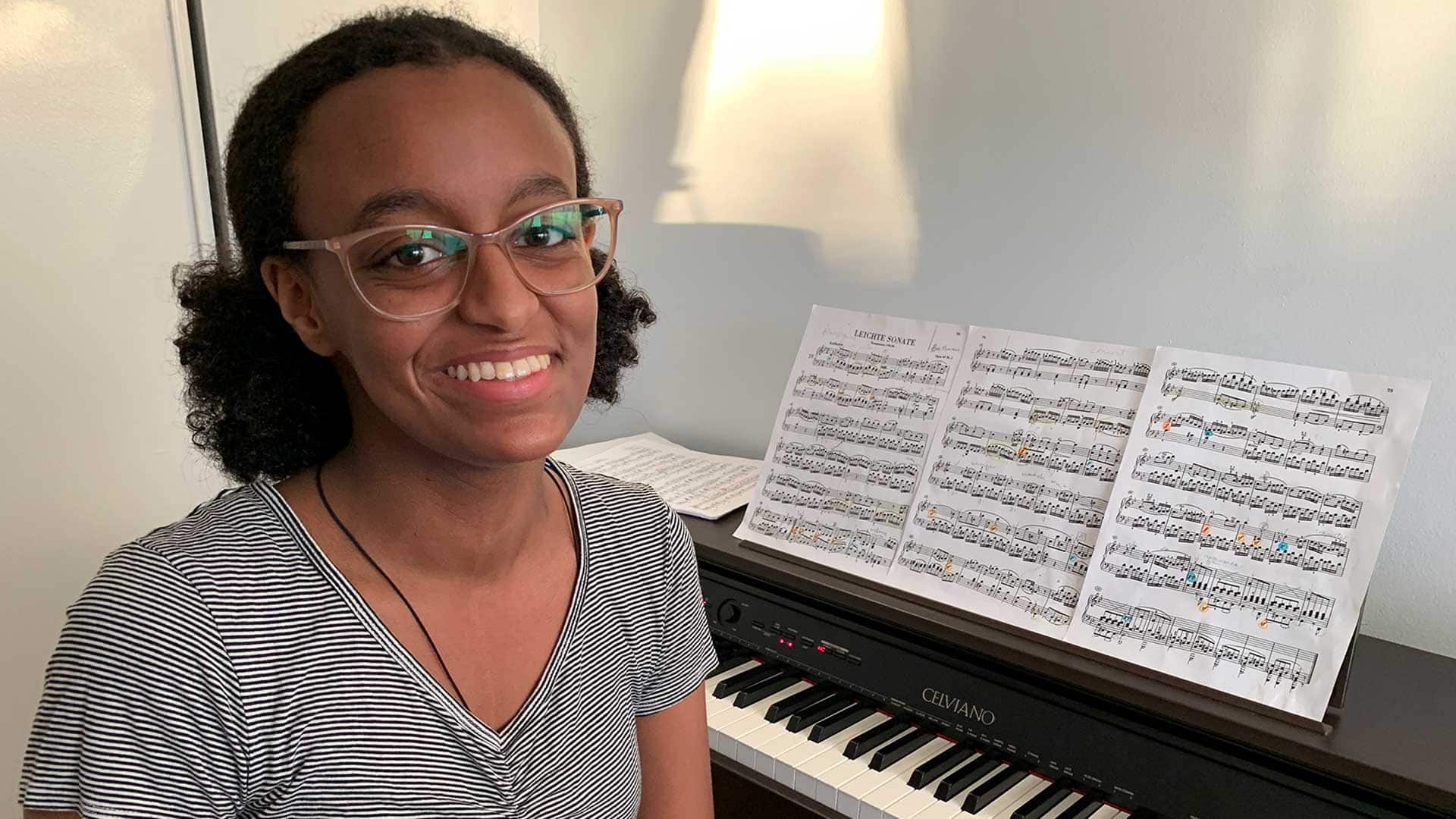 He said it was only when they actually said her name that Tsegaye realized she won.

“She was just shocked,” Barr said.

Tsegaye said her original plan was to make a video about entropy, but she stumbled upon quantum tunnelling and thought she could tell a “much better story” about it.

The tricky part was finding a story that would make the theory digestible.

“I knew that I couldn’t just throw some mathematical equation at you or a bunch of scientific jargon you wouldn’t understand,” Tsegaye said.

“That’s how the dice came along, because quantum mechanics has to do a lot with probability.”

Tsegaye recruited a friend to help her edit the video and the rest she did on her laptop, “held together by binder clips and half the keyboard doesn’t work,” she said.

“So if anyone is thinking about participating in the challenge, I’m just going to say it doesn’t take very fancy things to get it done.”

Tsegaye says with the prize scholarship, tuition is no longer a concern.

She’s hoping to study physics at a university abroad after graduation. Tsegaye also plans to buy herself a new laptop.